Is your lizard insured? Get a quote for £1,000 of vet fees, death and theft cover. Vet fee cover only also available | We've been insuring exotic pets since 1996 | Check out our customer reviews on Feefo.

What to name your lizard?

The best way to give a pet a name that really suits it is to observe it and get to know its character. Like humans, lizards have different personalities.

Watch your pet lizard, notice how it interacts with its environment, whether it makes any unusually noises or seems attracted to particular objects. Perhaps it is something about the way it moves or stands, or the food he’d rather have or not have that could be very characteristic.

Looking at the little idiosyncrasies that make your pet lizard unique is a great place to start.

Here are some names to inspire you: 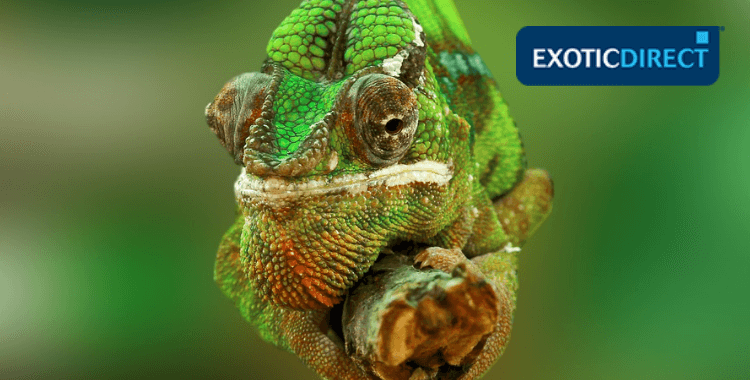 Maybe you’d like to name your lizard after a social media star lizard. Let’s see what we’ve got.

Boris – Boris the chameleon has been capturing reptile-lovers’ hearts since 2015.

Wyatt – This gorgeous beardie loved playing board games and dress-up with his owner. Sadly Wyatt crossed the rainbow last year but he is still in the hearts of the many Instagram followers he touched.

Grunt – Grunt is a Hypo Bearded Dragon. His Instagram account is full of cool photos of him lounging in the sun, enjoying a treat of live worms or staring meaningfully into the distance.

Rex – Inspired by Tyrannosaurus rex? We’re not sure but Rex the bearded dragon from England has nearly 4,000 followers on Instagram.

MacGyver – he is one of the most famous lizards on the internet. The Red Degu MacGyver impresses with his size – he is as big as a medium dog.

A testimony to lizards' popularity is the fact that they have crept their way into popular fiction. These are some of the most memorable fictional reptiles. Could one of their names suit your pet lizard?

Rango – from the animated film Rango(2011) and voiced by Johnny Depp. Rango is an eccentric, intelligent hero who gets lost in the Mojave Desert of Nevada where his owners terrarium falls out of his car by accident. He wanders the dessert, strikes good friendships and faces amazing adventures.

Knuckels – Does anyone remember Daisy Duck’s pet iguana in Disney’s Quack Pack? Quack Pack was a 1996 Disney cartoon series starring Donalt Duck and his nephews. Knuckles is a blue iguana with an insatiable appetites.

Geico Gecko – Geico Gecko made his first official appearance on TV in 1999 in a CEICO commercial. Since then, the famous gecko has had many TV appearances in the US car insurer's ads. In 2005 Geico Gecko had a CGI revamp. The gecko has a traditional English cockney accent.

The mixed-up Chameleon – You might be thinking “this is a long name” and you’d be right. But this children’s character has a very wise message: be yourself. The mixed-up Chameleon from the eponymous children’s book is small and green but wants to be as beautiful as a flamingo, as funny as a seal and as smart as a fox. He undergoes many transformations to achieve his dream but finally realises that there’s no one better to be than himself.

Charmander – also know as Hitokage in Japana is one of the first Pokemon. He's a starter character that a player can choose in Pokemon Red and Blue and its remakes, and has appeared in various animes and other Pokemon spin-offs. Also a chameleon.

Do any of these remind you of your pet lizard? If yes, you might have a winner.

Crested Gecko Diet: what to feed your crested gecko

The humble little Crested Gecko 'Correlophus Ciliatus' aka - Crestie, has been, and still is a very popular reptile among new and experienced keepers today, but the best diet for Crested Geckos is not as simple as it seems. Here's what you need to know.

Do you know how to tell the sex of your Beardie? Pete Hawkins explains how....

How to control your Bearded Dragons heat when it's hot weather

There comes a time here in the UK where we do actually get some warm weather. While many of us will lap it up and lavish in its wonder, there will be many of us scratching our heads, and somewhat panicking regarding the heat playing havoc with our Bearded Dragon (Pogona vitticeps) enclosures....