1. There are nearly 400 species of parrot

There are 393 species of parrots (though more are being found all the time). Parrots also like the heat with most being found in the tropical and subtropical regions of Australia, Asia, Central and South America and Africa.

However, some parrots do live outside tropical environments. The Kea is the world's only alpine parrot, living in New Zealand and nesting in the roots of trees.

The Maroon-Fronted parrot, meanwhile, lives in the Sierra Madre Oriental Mountains of Mexico, sometimes nesting in limestone cliffs as high as 3,500 metres. Don’t look down!

The Maroon-Fronted parrot is also endangered, with perhaps as few as 2,500 still living in the wild. 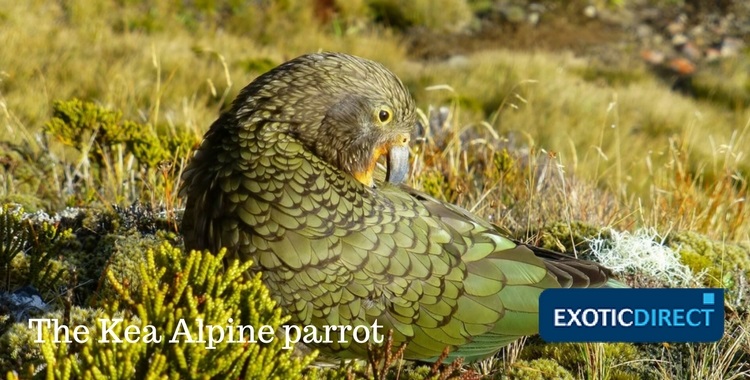 A Kea Alpine parrot nestling in the grass in New Zealand.

2. Parrots can mimic humans - but some know more than you think

We've all seen videos of parrots saying hello and copying the things their owners say. But did you know that some budgies have vocabularies of up to 2,000 words?

There is even debate within the intellectual world as to whether parrots have a cognitive understanding of the things they say.

Alex, a famous African Grey parrot, had a vocabulary of about 100 words. However, some studies showed he could tell the difference between small and larger objects, and could even identify different objects by their shape.

Interestingly, if captive talking parrots are released back into the wild, the rest of their flock can pick up some of their phrases, even if they have not been trained from a young age.

So be careful what you say around parrots – they just might be able to understand what you’re saying!

3. And it's not just human language

Parrots have an intricate system of sounds, shrills and squawks that can tell other parrots things, from warning them of predators to telling them there's food in the vicinity. (Most parrots don't have many predators except larger birds of prey. When a parrot is younger though, it may have to watch out for things like snakes and even monkeys.)

Some parrots use their feathers to communicate too. Cockatoos have crests on their heads that they can raise or lower at will.

They use these feathers to communicate with other parrots - for instance, to attract a mate, or to warn off potential predators.

Some crests in domesticated parrot species are made from selective breeding or mutations.

Also, it's not totally understood how or why this particular trait has stuck around in domesticated parrots that don't need a crest, and research into this is common. Perhaps they just love looking glamorous. Who’s a pretty boy, then?

4. Parrots are cleverer than you think too

We've seen that many parrots can mimic humans, with some budgies having a vocabulary of up to 2,000 words. However, that's not all parrots can do!

The Kea parrot has been shown to be particularly intelligent, learning to push and pull certain things in order to get food.

Keas can also work together to achieve certain objectives, and have even been observed fashioning tools from sticks in order to experiment with animal traps and get food. Reportedly, some will use pebbles to mash up cockle shells in order to get their calcium.

Keas are known as the ‘clown of the mountains’ because of their cheeky nature. They’ve been observed flying off with unguarded items of clothing and food scraps. So if you’re ever around a Kea, make sure you hide your gear!

5. Not all parrots can fly

However, less well known is the critically endangered Kakapo, sometimes known as the Owl parrot. This flightless bird, the heaviest known parrot, roosts under trees or in the ground, and is nocturnal.

As of June 2016, there were only around 150 Kakapos left. This is mostly due to the introduction of predators into its native New Zealand such as cats and rats.

Kakapos have been studied extensively and have even been filmed for The Life of Birds, a documentary narrated by David Attenborough – and who doesn’t want to listen to him talk?

Many people don't realise, but parrots sometimes live as long as humans. The African Grey parrot, for instance, can live between 50 and 70 years.

It's important to bear this in mind if you're thinking of buying yourself a parrot, as it could be a lifetime commitment. But it means you’ll be able to show it off to your grandkids!

However, often parrots in captivity won't live quite as long as those in the wild. To help your parrot live out her years, you should make sure she eats a suitable and varied diet, has the right kind of stimulation and exercise, and that your home is safe, comfortable and free from dangers. 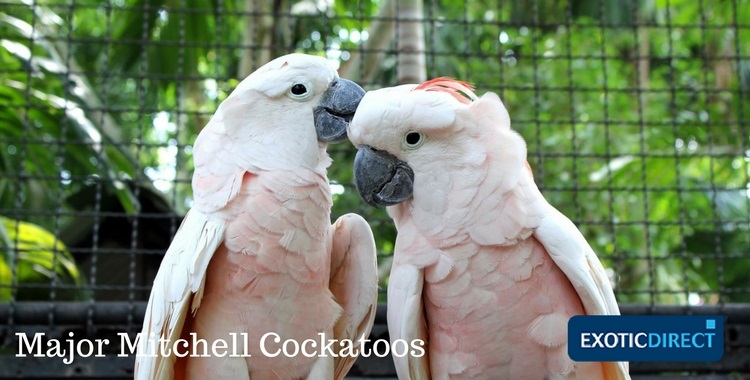 Major Mitchell Cockatoos can live into their 80's

Most parrots are monogamous, meaning they mate with only one partner for their whole lives. These 'pair bonds' as they are known are preceded by courtship displays. This means parrots will dance and sing songs in order to win a mate. These mates then usually work together to raise their young.

Only the El Oro parakeet and the Golden parakeet have been shown to exhibit polygamous behaviour. While this means they may take more than one mate, or collectively breed, it also means that multiple females may help each other in raising their young. These parrots know the meaning of teamwork!

Generally, around five eggs are incubated by females for around a month. In monogamous pairings, the mother feeds the young while the father brings them food.

Though most parrots lay between two and seven eggs, some lay just one, like the Palm Cockatoo.

These parrots are known to have particular trouble breeding. One study followed the Palm Cockatoo for nearly three years, and observed that 81% of nests didn’t produce any young, meaning there was only a 19% breeding success rate in nests.

The study suggested this was because these parrots are particularly sensitive to changes in their environment. They have even been referred to as the giant pandas of parrots because of the trouble they have breeding. Just as cute, but with feathers!

In the mid to late 20th century, a number of escaped Rose-Ringed parakeets escaped from captivity and started a population in the south of England, mostly in London.

Even now, if you go to Crystal Palace Park or Hampstead Heath, you can see Rose-Ringed parakeets sitting in trees!

These parrots have adapted to a life in an environment extremely different from their natural habitat. And it's not just in the UK, either; the Rose-Ringed parakeet can be found in the Netherlands, Belgium, Italy, Portugal and Germany, and some have even spread as far as the United States and Lebanon.

So next time you’re walking around London, keep an eye out for one of your colourful friends sitting in a tree.

10. Something that would be useful at the pub

Many parrots have a hinged upper and lower beak. This means that both mandibles can move, rather than like in us humans - we only have a lower mandible that can move.

These powerful beaks are useful for opening seeds, the main diet of parrots. There are probably lots of people out on a Friday night who wish they had this ability.

They also use them for other things, like courting, feeding their young and preening themselves.

Parrots are also one of the only species of bird that moves food to its mouth using its feet. You might have seen a parrot holding a seed with its foot while its lower mandible crushes it in order to get the nutrients inside. Thankfully, humans can just take a vitamin pill.

If you have a parrot and need parrot insurance, why not

The summer months can present challenges for parrot owners, as birds may escape out of open doors and windows.  Securing windows and doors and ensuring your bird is fully identifiable should it escape, is essential.

What do parrots eat?

Wondering what food do parrots eat? Parrots require variety. From fruits, plants, vegetables and seed, our our guide covers everything required in a parrots diet.

Parrot care - a guide to caring for your parrot

Our parrot care article talks about parrot cages; location; food; toys, lifespan and parrot perches. Written for you by our expert Dot Schwarz, caring for your parrot has just got easier.